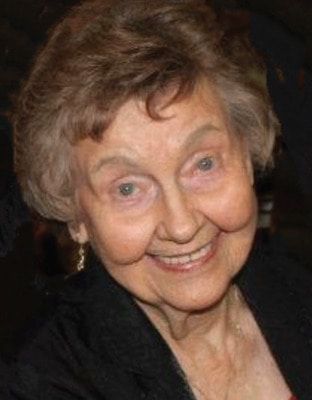 Helene Frances (Schulte) Westerfeld, 93, passed away peacefully on November 17, 2021. A visitation was held from 9-10:30 a.m. on Tuesday, Nov. 23, 2021, in the Fellowship Hall of St. Paul Lutheran Church of Crawford. The funeral service followed at 11 a.m. in the Sanctuary of St. Paul Lutheran Church with Pastor Tom Beers and Pastor Henry Schulte officiating. Interment followed in St. Paul Memorial Park, under the direction of Grace Gardens Funeral Home. Helene was born July 11, 1928, at home on the family farm between Crawford and McGregor, Texas, to H.C. and Martha (Fehler) Schulte. She was baptized at Zion Lutheran Church in McGregor on July 26, 1928, and spent the rest of her life in the Lutheran Church, first at Zion Lutheran and for the last half of her life at St. Paul Lutheran Church in Crawford. She worked on the family farm from a very young age, helping with her father’s cook shack during harvest, picking cotton, and doing many other farming jobs. Helene graduated from Crawford High School in 1945, and briefly worked during WWII as a telephone operator, but she always preferred life on the farm. Her life-long love and devotion was her family and supporting them in every way she could. Helene met Ray Westerfeld at a barn dance when they were teenagers, and after his service in the U.S. Army during WWII, they were married on November 14, 1946, in a double wedding ceremony in which her sister and Ray’s cousin, Margaret and Ira Gohlke, were also married. She was married for almost 72 years before Ray’s passing in 2018, and she passed only 3 days after what would have been their 75th anniversary. As they started their life together and began their family, Helene continued to work in the farming business, run an ever-growing household, and devote time to her church and community. She was a seamstress not only for herself but for her children and grandchildren, was a fabulous cook, including Ray’s favorite, coconut pie, and loved going to dances with Ray. Helene enthusiastically did everything she could to support the family at home, in the field, and even on the fields — she was a great sports mom! Driving countless miles to practices, games and other events, she was a fanatic supporter of the Crawford Pirates and other teams that her family played on or supported, and later became an avid fan of the Texas Rangers. She worked on various church, school and community events and projects, including the Lutheran Ladies Auxiliary and Altar Guild; the PTA, Booster Club and other activities at Crawford schools; and during the construction and fundraising events of the Crawford Community Center. Helene is preceded in death by her parents; husband, Ray Westerfeld; son, Jimmy Westerfeld; sister, LaVera Hampel; and six sisters- and brothers-inlaw. Helene is survived by sons and daughters-in-law, Dale and Luann Westerfeld, Terry and Sharon Westerfeld, Greg and Shelley Westerfeld; and Mrs. Jimmy (Laura) Westerfeld; eight grandchildren; 12 great-grandchildren; sister and brother-in-law, Margaret and Ira Gohlke; brother, Henry Schulte, and sistersin- law, Edna Mae Westerfeld and Nelva (Westerfeld) Steinkamp; and numerous nieces, nephews, and other dear family members and friends. Pallbearers were her grandsons, Cory, Adam, Todd and Brady Westerfeld; and nephews, Scott Hampel, Fred Steinkamp, David Schulte, Don Mc- Cutchen, James Gohlke and Ken Westerfeld. Per Helene’s wishes, memorial donations may be made to Tonkawa Falls Event Center, P.O. Box 361, Crawford, TX 76638; or to St. Paul Lutheran Church, P.O. Box 98, Crawford, TX 76638. The family wishes to extend special thanks and best wishes to her friends, neighbors and staff at Heartis Assisted Living Center and to other caregivers from Right at Home and Texas Home Health-Hospice for the compassionate care and many kindnesses that were extended during her last years at Heartis.

McGregor High School Class of ‘57 holds its a...