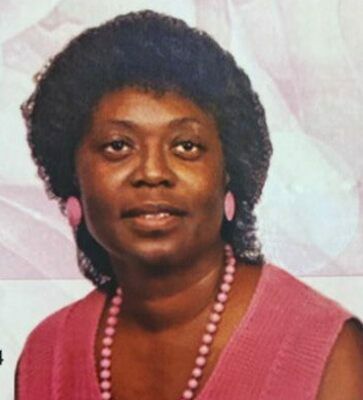 Mary Lee Gee, affectionately known as Mae Lee or Aunt Mae, by her family and friends was born on April 21, 1934, to William and Myrtle Sneed in Lorena, Texas.

The family moved to McGregor, Texas, where she attended G.W. Carver School. Later, she met and married Albert Ray Gee (Daddy Ray). You’ve heard the saying, “It takes a village to raise a kid,” well, Mary Lee was our village. She helped raise so many children through the years. Soft spoken and well liked, she made you feel welcomed. She worked for Smeads Manufacturing for 30-plus years until she retired. She was always willing to help on different boards or committees in the community, like serving as the vice president of the G W Carver Alumni. If she wasn’t making her world famous banana pudding or sweet potato pies, you would find her playing bid whist with her friends, watching Matlock, Ironside, or Perry Mason.

Mary Lee joined Roberson Chapel AME Church at an early age, where she began working as an usher with her mother and sister. Working as doorkeeper in the house of the Lord for 70-plus years, she attended meetings with various roles throughout the years. She served in every possible office, including the usher board, secretary, vice president, and, most recently, president. It gave her great joy. She will be remembered for her sweet smile and quiet spirit. Mary Lee knew the importance of education, by ensuring that all six of her children attended college.

Later, she served as a charter member on the G.W. Carver Alumni Scholarship committee where they helped future leaders by awarding scholarships.

We can walk and chew gum at the same time