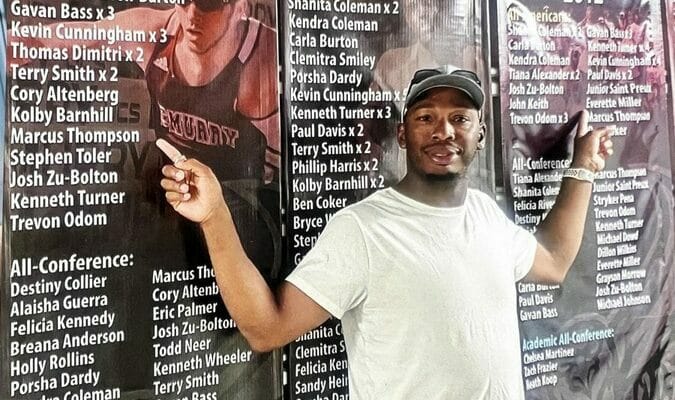 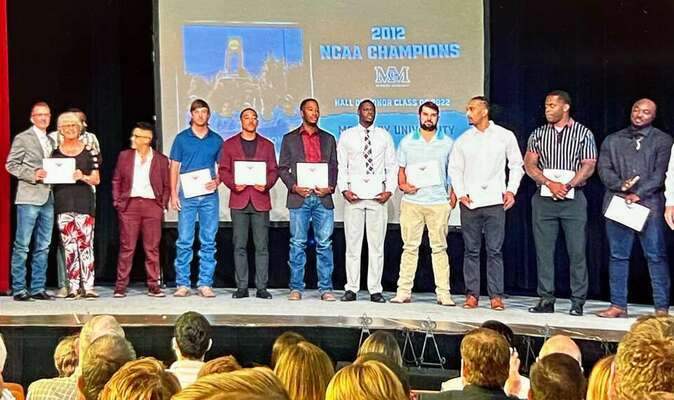 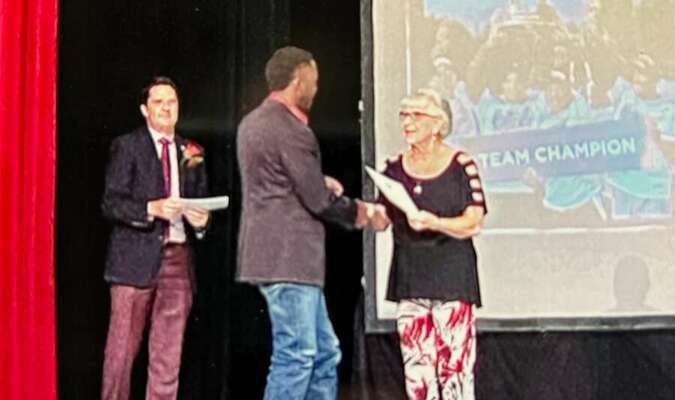 Marcus Thompson always knew track and field would take him to great heights when he was attending McGregor High School. Earler this month, the All-American found himself in a new place - the McMurry University Sports Hall of Honor.

Thompson joined several other members of the 2012 track and fields team in being enshrined in the college's Hall of Honor on Oct. 1 during a special ceremony in Abilene.

The son of McGregor's Lettie Thompson and the late Anderson Thompson, he graduated from McGregor High School in 2008. Thompson starred at McMurry from 2010 to 2013, earning All-American honors twice as part of the program's 4x400-meter relay team. While at McMurry, he also earned a Bachelor of Science degree in mathematics.

Currently an offensive coach at Mart High School, Thompson was accompanied to the Hall of Honor ceremony by his mother, his sister, Andie, and his girlfriend.

"I'm so proud of him and what he has accomplished," said his mother.

Members of the War Hawks' 2002 women's track and field team, as well as the members of the 2011 football team were inducted into the Hall during the ceremony.

Abilene television personality David Bacon, who serves as the official voice of the War Hawks, emceed the ceremony.

Editor's note: This article has been updated to reflect the correct years Marcus Thompson competed at McMurry.

Starting with a bang!